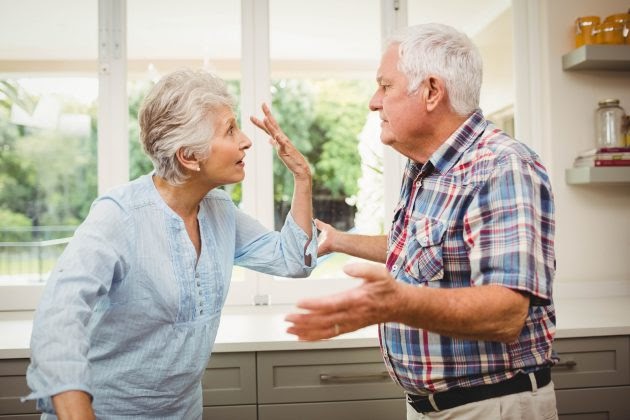 If you are married to, live with or love someone who has a hearing loss this article is for you.  Being in a relationship can at times be trying.  Being in a relationship with someone who has a hearing loss that they refuse to do anything about can at times be impossible.  Never are you more acutely aware of how much you interact with someone until you are repeating yourself two or three times, enduring the TV or radio louder than you would like it to be, every single time it’s on or are constantly correcting misunderstandings, “No, that’s not what I said, that’s just what you heard.

It’s exhausting, frustrating and frankly somewhat selfish.  If by the end of the day you make sure you’re in another room, avoid conversation at all costs or sit suffering silently through yet another television program loud enough to be heard two blocks away, it’s time for an intervention.

THE IMPACT OF A HEARING LOSS ON YOUR RELATIONSHIP

A British study reported the harm that is done when one partner has a hearing loss left untreated. The survey, of 1,500 hearing-impaired people over 55 revealed that:

You are not alone.  If you notice a problem, the chances are that everyone else notices the problem too.  It’s time to sit down with your loved one and have a conversation about getting help for their hearing loss, a discussion that’s probably long overdue. Explain what they are missing. Explain how much you are compensating for their problem and when you’re not compensating you’re avoiding interaction because you’re just too tired to deal with the volume of the TV or their frequent need for repetitions.

It’s entirely possible they aren’t aware of how much their problem has become everyone else’s problem.  You aren’t doing yourself or your loved one any favors by trying to sugar coat the severity of the problem. Make 2021 the year you convince them to get the help they need.