Tinnitus is a common hearing-related phenomenon that affects about 15–20% of adults.

It is the primary health issue for veterans returning from active duty. Tinnitus is a condition that can have a number of underlying causes. In most cases, no cause is ever found for a patient’s tinnitus. Some people are unbothered by their tinnitus. Others find it mildly irritating, and some people are debilitated by it. 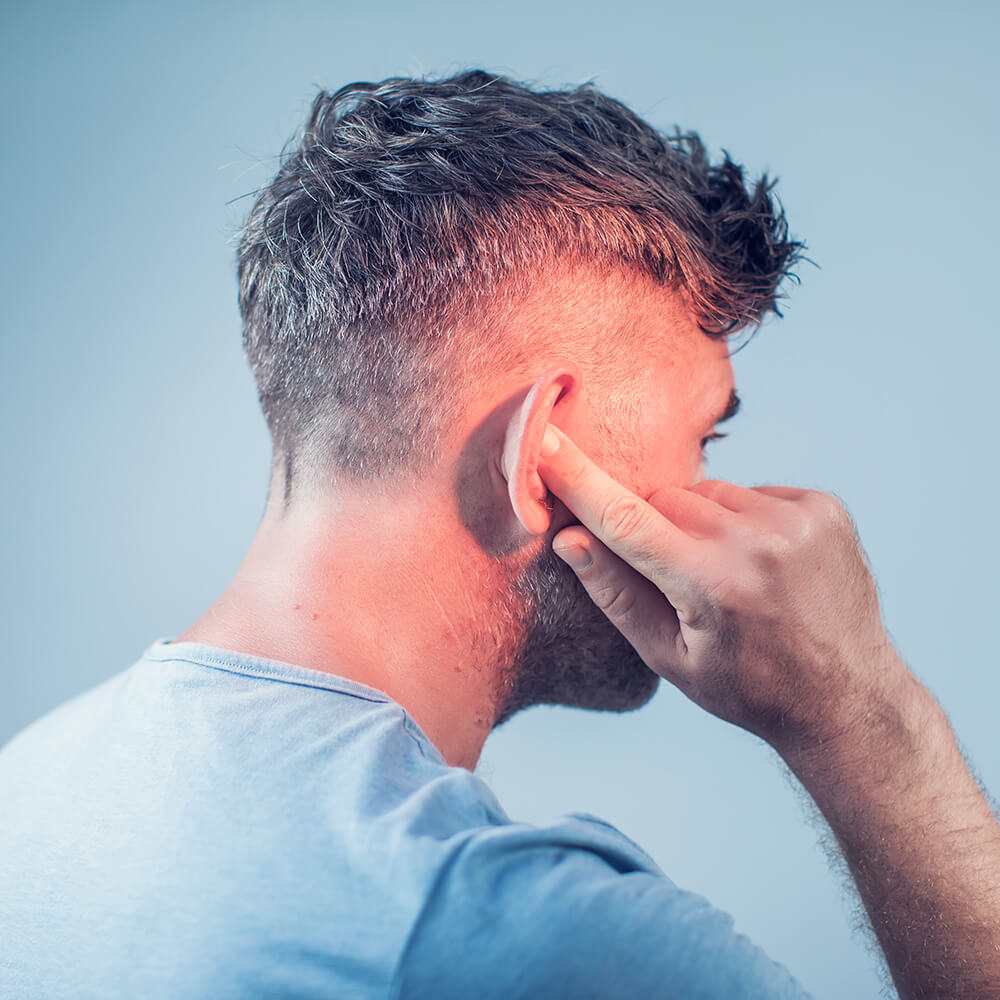 Most people experience tinnitus as a “ringing in the ears.” It may sound like a single sine wave, like a “pure tone” you would hear during a hearing test. Some people experience other types of phantom sounds, such as:

Tinnitus may be always present, or it may come and go. For many people, tinnitus occurs at a low enough level that they don’t even notice it during the day, but may have trouble sleeping when there is little or no external noise present and their tinnitus becomes the main sound they hear.

Can Tinnitus Be Prevented?

There are a few types of tinnitus that can be prevented. For example, tinnitus that accompanies noise-induced hearing loss is completely preventable through the use of hearing protection and avoiding loud noise whenever possible. Keeping the volume low on personal listening devices can help prevent tinnitus.

Avoid alcohol, caffeine and nicotine. These substances, especially when used excessively, alter the body’s blood flow and can contribute not only to tinnitus but also to hearing loss.

There are many potential causes of tinnitus, and in most cases, a cause is never identified. These are only a few of the potential causes of tinnitus.
When the tiny, hair-like cells in your inner ear—called “stereocilia”—become damaged due to loud noise, physical conditions, or old age, they will stop functioning properly and result in hearing loss. Under this condition, they can “leak” electrical impulses to the brain, which will create the ringing sound of tinnitus. This is the most common reason people experience tinnitus.
Infections, earwax buildup, dirt or other foreign objects in your ears can change the pressure inside your ear, causing tinnitus.
Trauma to the head or neck can damage the inner ear, auditory nerves, or parts of the brain responsible for hearing. These injuries most often result in tinnitus in only one ear.

Certain medicines can cause or worsen the effects of tinnitus. The severity of tinnitus will generally correspond to the dosage, with higher dosages resulting in more severe tinnitus. Usually, if the medication is stopped, the tinnitus will subside.

The most common drugs to cause tinnitus include NSAIDs (non-steroidal anti-inflammatory drugs, like Ibuprofen), some antibiotics, cancer drugs, antimalarials, antidepressants, and diuretics.

William Shatner famously started to experience tinnitus after an accidental pyrotechnic explosion on the set of Star Trek. He has said since then that “masking” is the only way he gets any relief from his tinnitus.

Masking is accomplished simply by introducing other sound into the environment, or in headphones, to cover up the sound of your tinnitus. This is why people with minimal tinnitus can go through the day without even noticing it, except in moments of extreme quietness.

Try turning on a box fan, or employ a YouTube video of ocean sounds. Smartphone apps are available that play relaxing sounds on a loop.

If masking is insufficient to help you deal with your tinnitus, meditation programs have been used to great effect by some. The idea here is to learn to experience your tinnitus not as an enemy but as a companion. Adjusting to living with tinnitus can be really effective in reducing the anxiety, depression and frustration that tinnitus can sometimes bring.

If you’re concerned about tinnitus, make an appointment with us today to talk about treatment options. We offer mobile hearing healthcare services and can come to you! Call today to learn more about our mobile services.